Carlo Ancelotti will be livid with his Real Madrid defence after they allowed Barcelona to get back into their Spanish Super Cup semi final just before half-time. 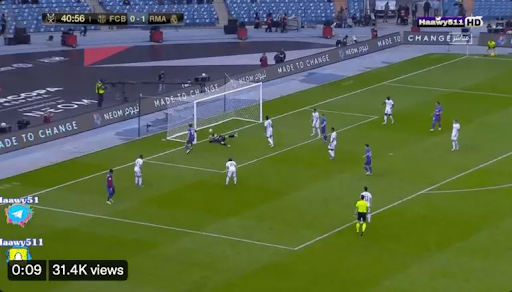 Los Blancos had been the better side for the majority of the first 45 minutes and had deservedly taken the lead through Vinicius Jr.

The current La Liga leaders really should have added to that opener, and their wastefulness in front of goal came back to haunt them.

Barca came back into the game after the half hour, with Luuk de Jong going close twice before making it third time lucky.

An inability to clear the ball from the danger area ended up with the Dutchman just flinging his leg out at the ball and scuffing it past Thibaut Courtois.

It will be far from the best goal he will ever score, but it handed the Catalans a lifeline.

What an assist from Dembele for this luuk de jong goal