Though the Spanish Super Cup might be seen as the ‘little brother’ to competitions such as La Liga or the European competitions, try telling that to both Real Madrid and Barcelona. 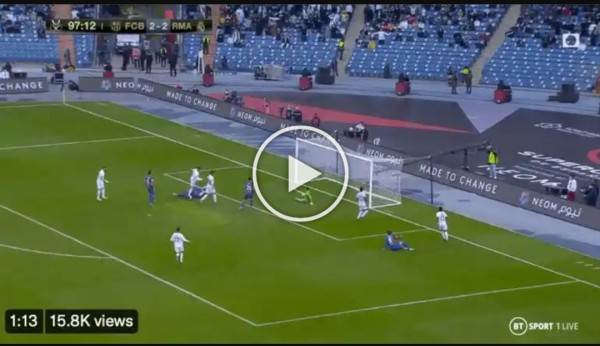 The Spanish giants had gone toe to toe for 90 minutes, the game ebbing and flowing from end to end throughout.

If the first half was Real Madrid’s, the second 45 was definitely Barca’s, with Los Blancos twice taking the lead, through Vinicius Jr and Karim Benzema, before being pegged back by Luuk de Jong and Ansu Fati.

Into extra-time and the entertainment value didn’t let up, with it surely only a matter of time before either sound again found the net.

After seven minutes of the first period of extra-time, and with Barca on the front foot, Real shot forward and left the Catalans in their wake with a four-on-two counter attack.

Rodrigo’s exquisite cut-back eventually found Fede Valverde as Real were queuing up at the back post.

A simple finish and one which could well have knocked the stuffing out of the Blaugranes.