Wolves star Hwang Hee-Chan has capitalised on a major defensive screw up from defender Gabriel and Aaron Ramsdale.

Arsenal started the game brightly and were denied a penalty shout inside the opening 30 seconds when Gabriel Martinelli was brought down in the area.

However, roughly 10 minutes down the line it was a defensive mix up which caused Arsenal’s undoing.

Gabriel’s loose pass back to Ramsdale was latched onto by Hwang who then rounded the keeper and passed the ball into an open net.

Wolves can move above The Gunners with a win tonight, and strengthen their claim for a place in the top four at the expense of Arsenal. 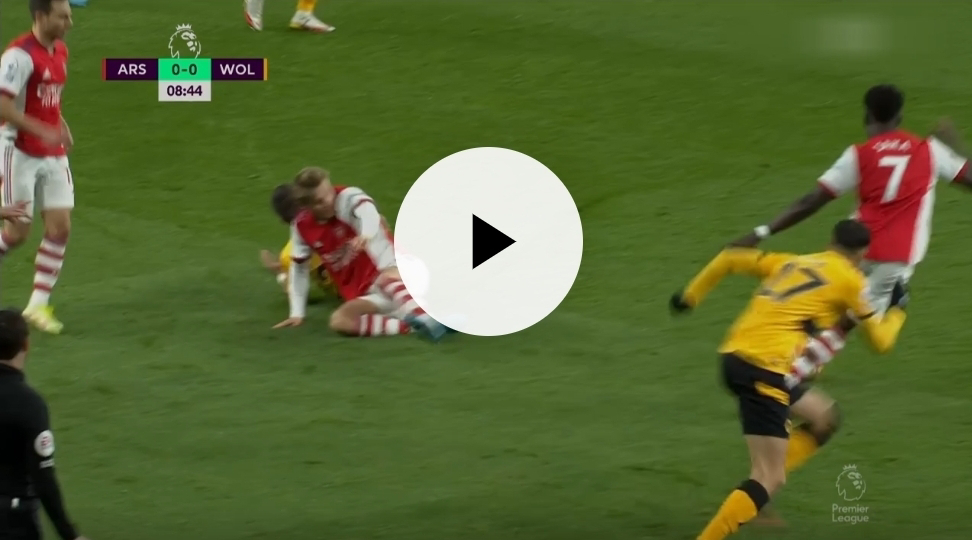