With the first half coming to a close at Stamford Bridge, Plymouth were still leading against their illustrious Premier League hosts. 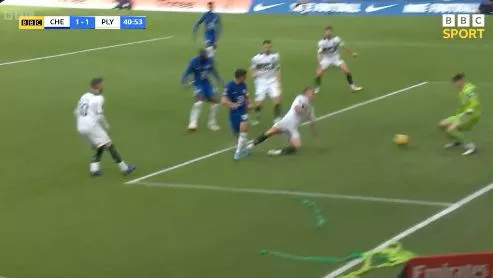 The embarrassment clearly didn’t sit well with captain, Cesar Azpilicueta, who joined in with an attack late in the half as Chelsea continued to pile the pressure on.

A swift exchange of passes eventually opened up some space in the area and the Spaniard was there to back-heel the ball into the net and put the West Londoners back on level terms.

Cesar Azpilicueta with a lovely finish.

Just Azpilicueta in the six-yard box scoring a goal most forwards dream of ?

It’s 1-1 in Chelsea’s #EmiratesFACup tie against Plymouth at half-time..pic.twitter.com/5T4zpY55Ga