WhatsApp users have had to option to link their account to up to four additional devices, including WhatsApp Web, WhatsApp Desktop and Facebook Portal, since last year. Now, WhatsApp seems to be extending the support to tablets.

As found by WABetaInfo in WhatsApp beta 'version 2.22.21.6,' the company is releasing a new 'Companion Mode,' that allows users to link their existing WhatsApp account with an Android tablet. It's worth noting that multi-device support for smartphones is still non-existent. 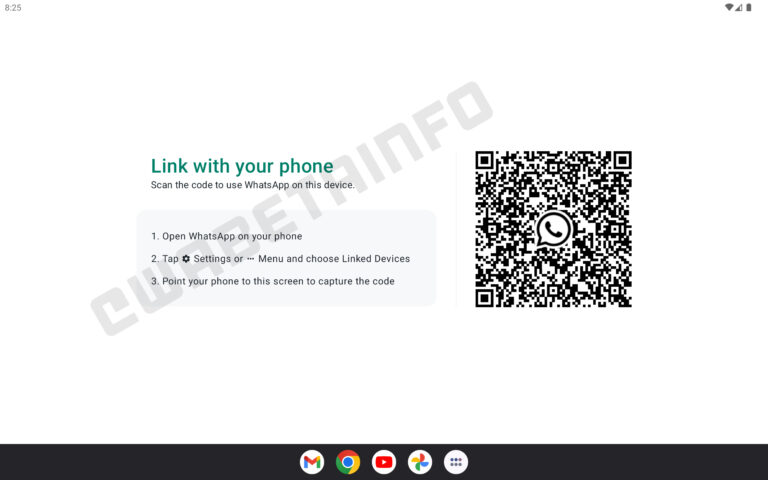 With the new companion mode, users would still be able to link their existing account to four devices, including WhatsApp Web, WhatsApp Desktop and Facebook Portal, and now, an Android tablet. If you're a WhatsApp Beta tester, and have installed version 2.22.21.6, you can link your Android tablet to your WhatsApp account in the same way you'd link an account to WhatsApp Web.

Open WhatsApp and click on the three dots on the top right on your Android smartphone or the settings gear icon on an iOS device and tap on 'Linked Devices.' Tap on 'Link a device' and scan the WhatsApp QR code on your Android device, as seen in the screenshot above.

WABetaInfo warns that some features might be missing on the companion device, like viewing live locations and communities, with support for the missing features expected to be released in a future update.

If you want to try out the feature for yourself, join the WhatsApp Beta on the Play Store, or download WhatsApp beta version 2.22.21.6 from APKMirror.