You'll soon be able to play and listen to WhatsApp voice messages while browsing through other chats and messages on the Facebook Meta-owned instant messaging platform.

According to WABetaInfo, the new feature is currently in development and was first spotted exactly three months ago in a WhatsApp Beta for iOS. At that time, WABetaInfo mentioned that the feature would also be introduced to the Android app, and now it is visible in the WhatsApp beta for 'Android 2.22.3.1.' 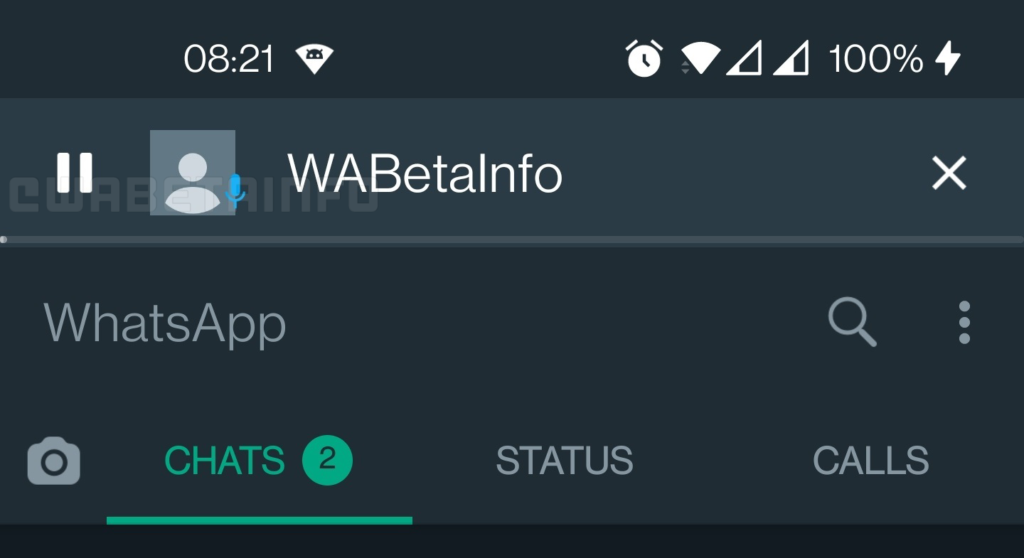 As seen in the image above, when you play a voice note and return to your chat list, WhatsApp displays a new UI interface with buttons to pause, resume, or dismiss the voice note, along with a progress bar to rewind or forward the voice message.

According to WABetaInfo, the feature is still in development and will be released to beta testers at a later date. The new feature will definitely come in handy when you want to multitask. For example, you would be able to continue listening to a voice message, all while replying to a separate conversation.