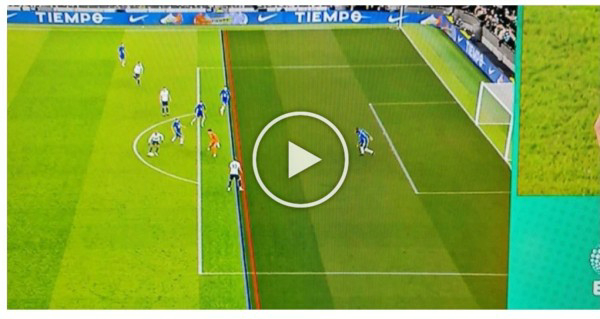 Some football fans, particularly non-Chelsea fans, were perplexed when Harry Kane's successful goal attempt against Chelsea was called off in the Carabao Cup semifinal between the two clubs. This is despite the fact that the Tottenham striker was ahead of Blues goalkeeper, Kepa Arrizabalaga during the buildup.

Many argue that the Chelsea goalie was behind him when he directed the ball inside the net, thus that attempt should be regarded as a goal.

However, as Antonio Rudiger has replaced Kepa in goal, Kane's attempt at goal cannot be credited as a goal due to the current offside rules .

The attempt need to be judged offside because Rudiger was last man and Kane was ahead of Kepa, who was second-last man. To better explain this, Rudiger can be swapped with the goalkeeper, Kepa in the buildup. That is to say, two defending players must be ahead of you if you don't want to be ruled offside.

Further to this, if Harry Kane was ahead of two defenders in the Chelsea box in any other instance, he would still be deemed offside if he was ahead of the second-last player. Whether the goalie or another outfield player is in the goalkeeping position, this is the case.