Why Xavi needs to play Ousmane Dembele alongside Aubameyang - Bliteoc

Why Xavi needs to play Ousmane Dembele alongside Aubameyang

Ousmane Dembele was one of the best players in the Bundesliga before joining Barcelona in 2017 for a fee of £140 million. He's one of the most expensive signing in the club's history but his performance has declined since he signed for the Catalan club.

Adama Traore proved that he can play well in the Right-wing position following his impressive performance against Atletico Madrid. He managed to register one assist during the match and even the Barcelona manager was impressed with the 26 years old performance against Diego Someone's side.

Dembele was supposed to play in the second half during Barcelona 4-2 win against Atletico Madrid but Dani Alves red card changed the game. Xavi was forced to drop Ousmane Dembele and the Catalan club emerged victorious in the end. 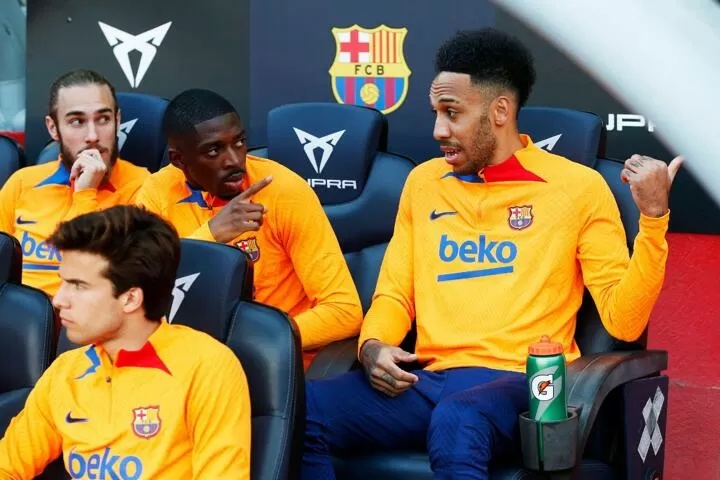 Aubameyang also featured against Atletico Madrid and he played impressively. The 32 years old was on the bench in the first half and he sat beside Ousmane Dembele before he was brought in as a second half substitute. Pierre-Emerick Aubameyang and Dembele enjoyed a successful playing career together at Borussia Dortmund. Xavi need to play Ousmane Dembele alongside Aubameyang because the 24 years old may likely regain his form and start playing impressively for the Catalan club. In 2016/2017 season, Dembele registered a total of 12 assists in the Bundesliga and 10 were for Aubameyang. The pair also helped Borussia Dortmund win the 2017 DFB-POKAL.